Not Your Everyday Accountant …

Warren is an international tax specialist who is passionate about freeing business owners and investors from unjust taxes 100% legally. In Warren’s own words, his mission is to "help his clients slash their tax 100% legally.

In Warren’s own words, his mission is to "help his clients slash their tax 100% legally and keep greedy golddiggers far from their hard-earned wealth so they won’t reap where they have not sown ... " 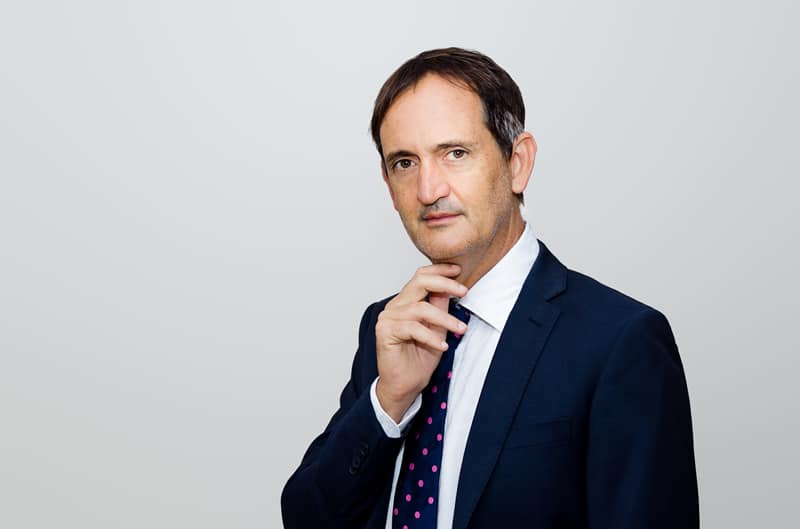 Warren’s goal is to help his clients become sovereign, that is, financially independent through wise investing, and minimising tax is an essential part of this. In fact, in April 2016, Peter Martin in the Sydney Morning Herald noted that of the 56 richest people in Australia, only 2 of them paid tax ... yet paid over $1 million to their tax advisors. This says a lot!

Warren is a qualified accountant and lawyer from Perth Western Australia known for his eccentric and out-of-the-box approach to life and creative yet 100% legal ways of minimising tax for clients.

Warren is the owner of Wealth Safe and various other businesses.

Warren has nearly 30 years experience in tax and wealth protection, with 10 years at the ATO including time as an auditor and foundations and structuring specialist.

One of his favourite quotes is Kerry Packer’s at the Print Media Enquiry in 1991, where Kerry Packer said he isn’t into evading tax, but nor is he into giving the government undeserved donations!

Warren’s credentials in this area are many, including gaining First Class Honours and winning the Mallesons Stephen Jacques prize in 1998 for his thesis "The Tax Implications of Native Title Compensation Payments", for which he become one of Australia’s top authorities.

Warren is a well-known speaker, both Australia wide and internationally, and has shared the stage with Richard Branson and Arnold Schwarzenegger.

Warren, like his siblings and parents, is a gifted musician, whose great grandfather Edward received a knighthood for his services to music, and whose mother was a concert pianist. His father David Black is a well-known political expert and historian on major television stages.

Warren has spoken on many of the big stages across the world, including:

Warren is passionate about law reform and has a reputation for taking on regulatory bodies (and winning) in everything from speeding fines, parking fines, kids bullying and ATO and ASIC matters! Indeed, Warren has started his own spiritual movement, "City Awakening" to awaken people to their divine purpose and discover freedom in all areas of life.

If you are making an enquiry for the FIRST TIME with Wealth Safe and interested in becoming a new client, book in your “no obligation” high-end advice strategy session by completing your details below. Our team will contact you within 24 hours.

After a thorough analysis of your data and unique circumstances we advise you of all oppotunities. We guide you towards the best path and take control of implementation. Through every stage, we ensure full tax compliance and ongoing support. 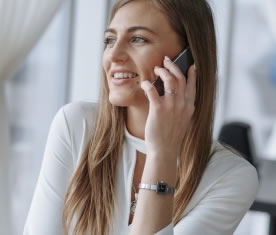 It's a no-obligation risk-free assessment with a full money back guarantee (conditions apply). 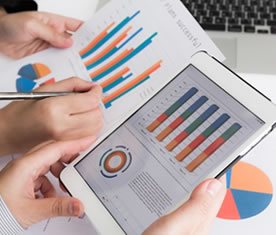 Financially modelling your situation. We present your options and outline the possible tax savings.

We provide a written report with options to minimise your tax along with our recommendations. 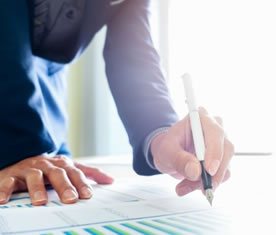 WWe have a follow up meeting and create a strategic tax plan based on your choices.

We outline the process, costs and tax savings, and what you need to do from your side. 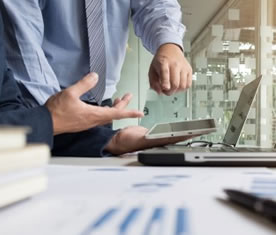 We fully implement your tax plan to ensure you meet all local and international legal requirements.

For those moving overseas to flee the Australian tax robbers, we help in the whole process from beginning to end. 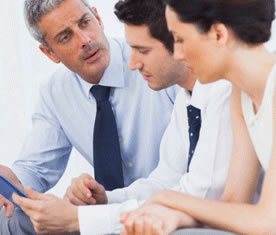 Our service continues after we've implemented everything for you. We provide ongoing training to update you on changes as well as providing options to work with us on an ongoing basis.

Brilliant service!! Could not have asked for a better start to getting my business structure. This world is still completely new to me and I am very impressed with all the resources Warren and the entire team at Wealth Safe have provided to help me understand trusts

Thanks to WealthSafe I've saved hundreds of thousands in personal and company tax.

Living overseas, with no structures or assets in Australia anymore, it simply didn't make sense to keep paying into their tax system. Thanks to Warren and his team, they guided me through the process of setting up stable business structures, and making sure all the lawyers agreements and professional advise was documented. This ensured I met the obligations of the ATO and was 100% legally compliant with my obligations. I researched my options, and felt secure that WealthSafe took all precautions to ensure I was doing the right thing, and benefitting financially at the same time

Warren and his team are highly dedicated and incredible to deal with.

After getting so much conflicting advice from other sources, we were completely confused. Being global business owners, we needed both Australian and international advice, so we reached out to War ren to help us understand exactly how we could structure our businesses to ensure we were well protected. It was vital to us that our future growth and decisions were taken into account. Not only did Warren give us the highest quality advice, and go above and beyond in ensuring we understood the full spectrum of what we were putting in place, but he has always been available for follow up questions, is always happy to get us on the phone for clarification, and he has shared the expertise in his team with us. At first, we have to be honest, we were really concerned about spending money on a consultation. The outcome is although not cheap, it is the best money we have ever spent. We can see significant savings, know we are structured well, have a fully dedicated and professional team behind us and have expert advice available when we need it. We can’t recommend Warren and the Wealth Safe team enough. Thank you

Working with Warren has been a wonderful experience

He is very professional, knowledgeable and creative with his tax planning strategies, and very attentive in answering your questions and working with you to find the best set up for your individual situation. I feel confident working with him and his team, and his level of expertise is outstanding. I wouldn't trust any other company, and would highly recommend Warren Black and Wealth Safe to protect your assets

The results he [Warren] achieved was incredible

Although I thought the result I had figured out with my accountant were the most tax effective way I could setup myself up. I was in a position where I would have to pay 31k in tax. Warren found something in how I was setup, which turned my situation around to getting $15k returned to me. It's a $46k turn around.

Warren was able to set me up, and help me look forward to further tax reductions for the future. Also for improved asset protection. Warren also did bloodline wills for me and my wife. Full Review Here

I get Warren to do all my work now. I would recommend him to anyone!

I'm in the mining industry and run a small trading business. I had a tricky situation I had to get out of. I had default on my credit files. I got Warren on the job, he loves that sort of challenge. He didn't even charge me full price, he was excited at the challenge of helping me out. He succeeded and got rid of my default! I get Warren to do all my work now. I would recommend him to anyone

Thank you so much Warren, you and your team are fantastic.

I run a small business. I was concerned about safeguarding my assets, myself and my family, and the amount of tax I was paying, but I also wanted to be legal and not get into trouble. Warren was able to provide me with a structure that protected me and my family and my assets and also helped to significantly and legally reduce the tax that I had to pay. Sure I had to pay and they aren’t the cheapest nor the most expensive, however it was well worth the fees paid. I certainly feel more comfortable and secure now

They were able to walk me through the whole process, even a tax dummy like myself.... I was very very impressed with the level of service. It was really end to end. They were always there to answer questions, help me complete paperwork and connected me with all the right people. I can't recommend Warren and Wealthsafe highly enough Full Review Here

Virna, Warren and the Wealth safe team have provided us with a professional and efficient experience helping us to identify and create a customised financial structure to suit our needs. They clearly have a great deal of knowledge regarding taxation in Australia. Also Warren's seminars have been of great help. We absolutely would recommend their services and are forever grateful for help and advise provided

One of the best things I have ever done

I am a doctor (GP) who was making a good income, however, I was highly dissatisfied with the high amount of tax I was paying, and also feeling a little lost and frustrated in my life in general. I signed up to work with Warren and his team at Wealth Safe. It was one of the best things I have ever done. Firstly, I got quality advice on my tax and was restructured and legally was able to minimize my tax and get on top of it. Secondly, I joined his mastermind and got some personal mentoring, which was significant. It helped me shift a lot of mental and spiritual blocks, and financial imprints which seemed to be blocking moving forward and making major decisions. I learned also how to manifest and create what I wanted rather than what I don’t want, and I have even manifested a wonderful relationship with a very supportive partner. So all round, a great decision. Thanks Warren, and I would recommend Wealth Safe and Warren’s tax advice service and manifestation and imprint clearing to anyone!

This was above and beyond what I expected.

I worked with Warren Black to open a Hong Kong corporation during the summer of 2018. Warren came highly recommended from my business contacts, who said that he was honest, trustworthy, and very knowledgable. I have to agree. My experience working with Warren was very good. Warren was extremely attentive to my questions, replying with solid answers in less than a day. He also took the time to explain options and rules in detail. When faced with some unique challenges that most businesses don't face, Warren was quick to roll up his sleeves, take action, and even put me in touch with his team so the process could move forward rapidly. This was above and beyond what I expected. To top it off, I found him very personable and really a pleasure to work with. If anyone is looking at a business entity in Hong Kong or Malta, I highly recommend Warren Black.

I can't thank them enough

Warren, Virna and the team at Wealth Safe were fantastic in helping me set up multiple business structures overseas. They were always willing to have a chat on the phone whenever I felt like I needed extra help and they always replied quickly to my emails. The advice and structure set up was tailored to what I wanted to achieve and the whole process was easy and straight forward. I would 100% recommend utilizing their knowledge and expertise in setting up overseas and creating the life that you want to live :) I can't thank them enough.

Speak with our team about your tax situation and see how we can put more money in your pocket. See if you qualify for a strategy session to discover what we can do for you. Simply click the adjacent button and complete the enquiry form.